Tea drinking with a samovar has long been considered one of the most striking and revealing features of Russian traditional life.

Many people associate Russian tea drinking with a shiny samovar, an abundance of sweets and pastries on the table. The hospitality of the Russian people, the breadth of the soul, does not allow serving only tea to guests. For dear guests, are served fragrant buns, jams, pies and other russian food. 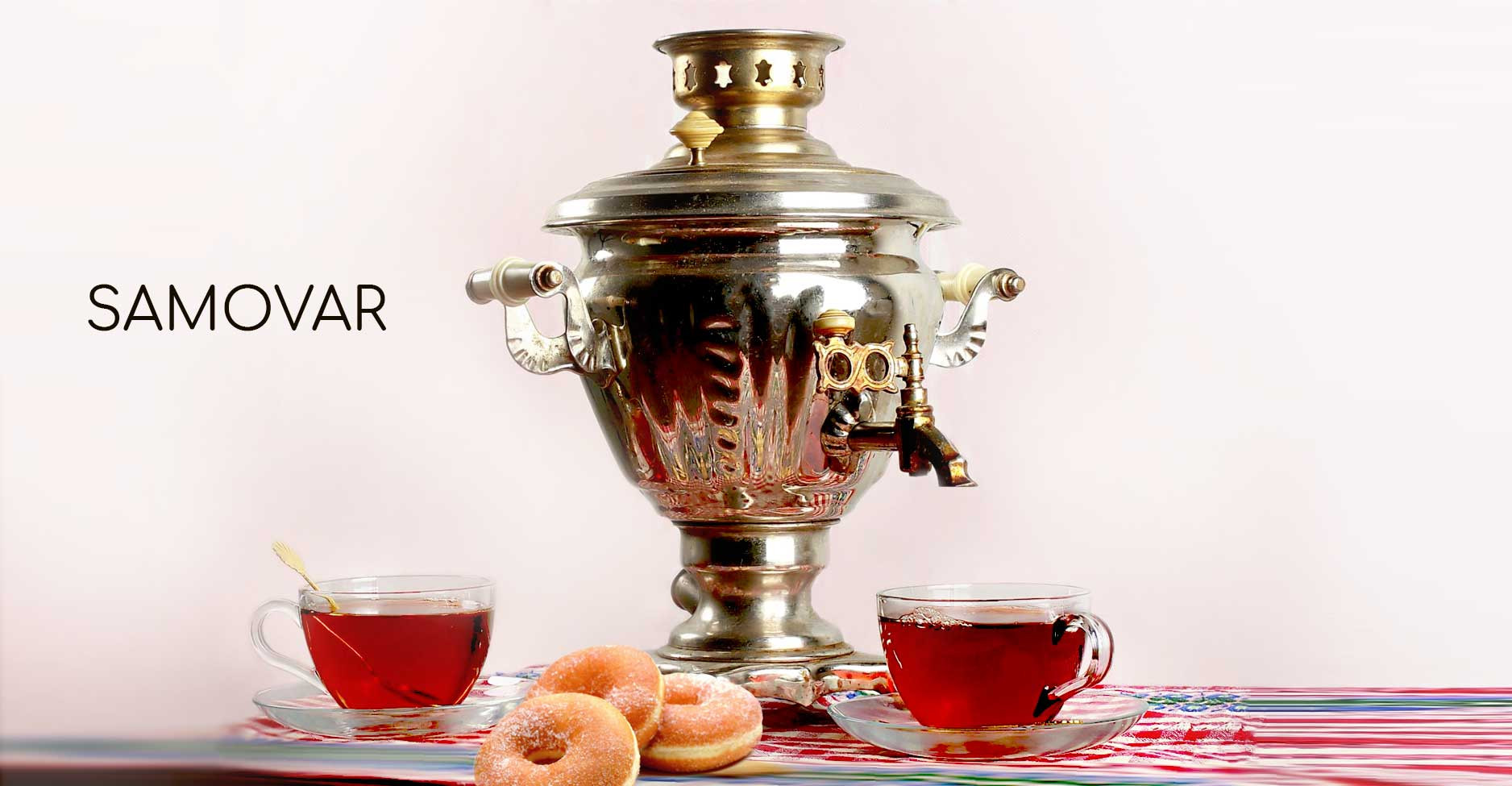 The samovar was not an ordinary household item, but the personification of wealth, family comfort, and prosperity.

He was included in the dowry, handed down, given. The samovar was placed in the most prominent and honorable place in the room.

Many believe that the samovar is a Russian invention. However, devices like a samovar were known in ancient times, in ancient times. For example, the ancient Romans took a vessel, filled it with water and threw more red-hot stone there, as a result of which the water began to boil.

Over time, similar devices began to appear in Europe, but with a more advanced design. And in China there was even a device resembling a samovar in that it had a pipe and a blower. 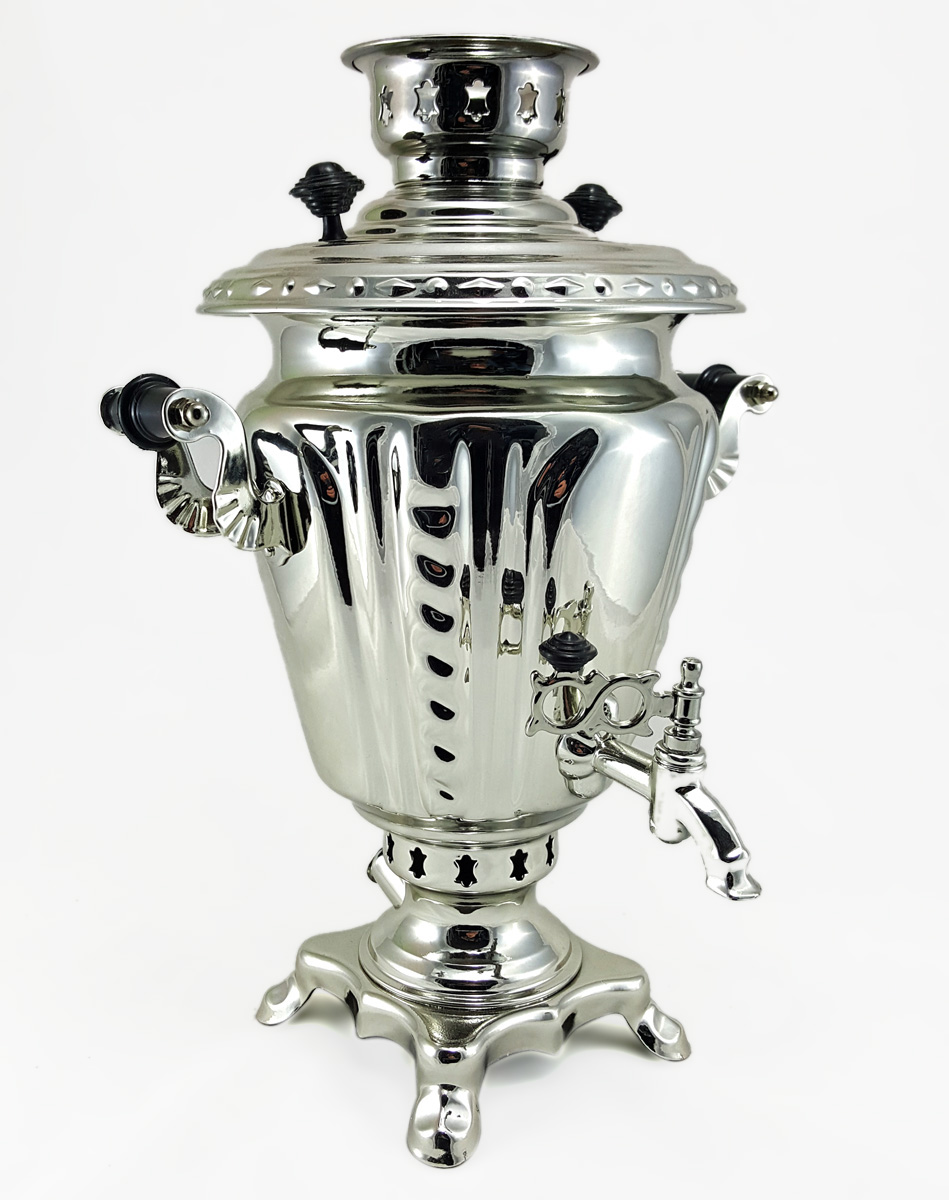 Where and when did the first samovar appear?
The history of the Russian samovar goes back in time. According to legend, Peter the Great brought the samovar to Russia from Holland. We owe the origin of the samovar to tea, which appeared in Russia at the end of the 16th century. Its popularity grew rapidly; by the 19th century, tea was considered the most popular drink in Russia.

The first mention of a samovar in historical documents dates back to 1746, but it is impossible to name the exact date and place where the first samovar appeared. However, it is known for certain that by the end of the 18th century the operating principles and the device of the samovar itself had already formed completely, and still remain unchanged.

How to use a samovar

• Samovars made at the beginning of the last century in Faberge workshops are recognized as the most expensive to date. Silver and gilding were used for their production. Unique techniques were also used for chasing, punching, casting and notching.

• Tula samovar, containing 250 liters of water and weighing 100 kg, was made in 1922 as a gift to the chairman of the All-Russian Central Executive Committee Kalinin. The water boiled for 40 minutes and cooled for two days. At that time, this samovar was the largest in the world.

• To date, the record for the largest samovar in the world belongs to the Ukrainians. It weighs more than 3 centners, its height is 1.8 m, and the volume is 360 liters! Samovar works in the building of the railway station of Kharkov and can serve up to 10 thousand people a day.

• The smallest samovar in the world was considered a 3.5-millimeter “microsamovar”. It is designed to boil 1 drop of water. However, the absolute record was set by the “Russian Lefty”, the microminiature master Nikolai Aldunin. His samovar is only 1.2 mm high! Made of gold and consists of 12 parts.