Doctor's sausage is a classic boiled sausage. For several decades, she was one of the most beloved and popular among Russians. During the Soviet era, doctor's sausage was one of the most popular products. Soviet meat industry technologists developed a recipe for diet sausage, intended for the medical nutrition of people who suffered from hunger during the civil war and who needed products with a low fat content and a delicate texture. The recipe and technology for the production of Doktorskaya sausage are approved by the Main Directorate of the Meat Industry of the USSR. 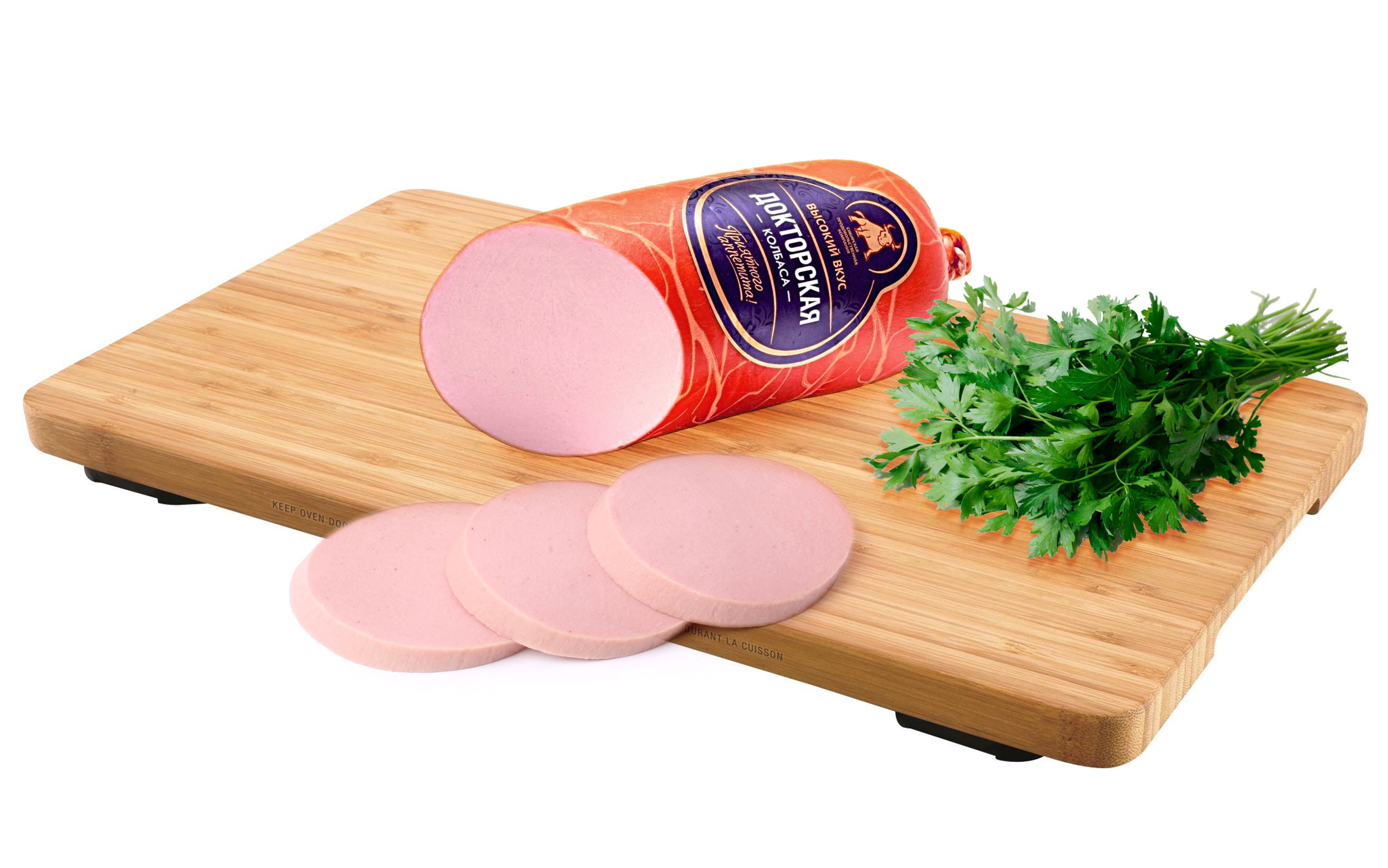 For the industrial production of doctor's sausage, the following ingredients are required (per 100 kg of finished sausage):

Later, the recipe for the doctor's sausage was slightly changed, eggs and milk were added to its composition, reducing the amount of pork and increasing the weight of beef:

Unfortunately, the rules for food production have changed a lot in our time. For example, the manufacturer uses poultry instead of beef, soy protein, large amounts of starch, water-retaining phosphates, gelling agents. Also, instead of premium meat, second-class meat is used, a large amount of cartilage, fat, offal. As a result, the total amount of meat contained in the sausage is significantly reduced.

So gradually the legendary sausage came to additives, which are popularly called "cardboard".

The doctor's sausage prepared in accordance with GOST is a very high quality and healthy product, the main ingredients of which are meat and spices.