Russian food is very varied and healthy. Russian cuisine has evolved over the centuries, enriching itself by borrowing the culinary traditions of other peoples. Russian food dishes and recipes vary greatly depending on the specific region: for example, the cuisine of the Russian North is very different from the cuisine of the Volga region, while Siberian cuisine is very different from Moscow. 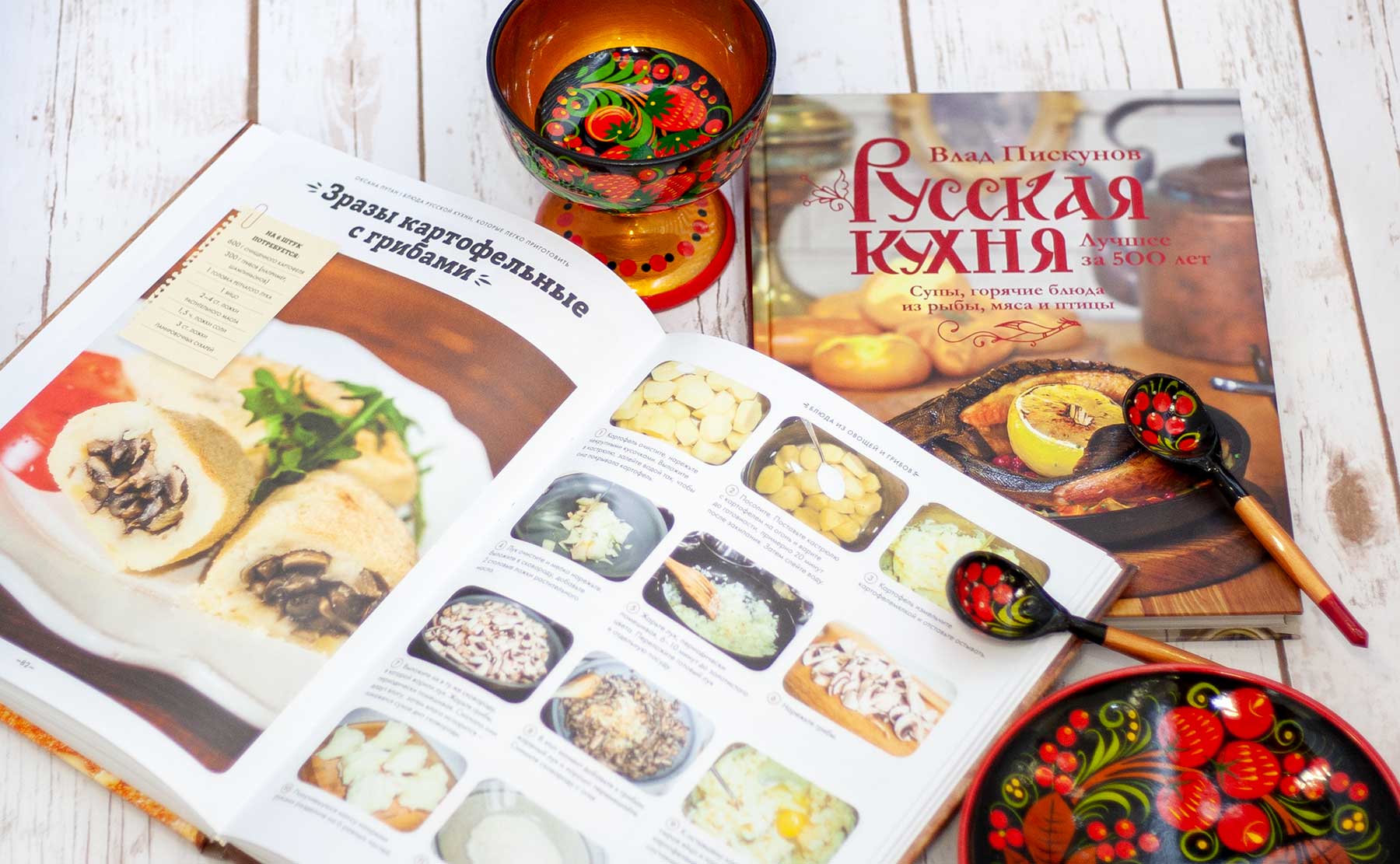 Traditionally, Russian food was prepared in an oven, where a special temperature regime was observed. Therefore, in Russian cuisine, such methods of processing products as baking, stewing, stewing, and steaming are common.

One of the features of traditional Russian cuisine is that before, vegetables were practically not chopped or cut very coarsely, they were baked and stewed whole and almost never mixed with each other.

Perhaps no other cuisine in the world has such a variety of soups: cabbage soup, fish soup, botvinya, okroshka, borscht, beetroot, cold soup, hodgepodge.

In the old recipes of Russian cuisine, frying products are rarely used, more often it is baking in the oven, boiling, stewing.

Peter I contributed to the fact that Russian folk cuisine was enriched with many European recipes, products and cooking traditions. Especially many French recipes are used in Russian cuisine, today recipes for such new russian food as Olivier, vinaigrette, napoleon, mayonnaise are invariably popular. Russian cuisine has its own masterpieces of world cuisine, for example, the famous beef stroganoff. 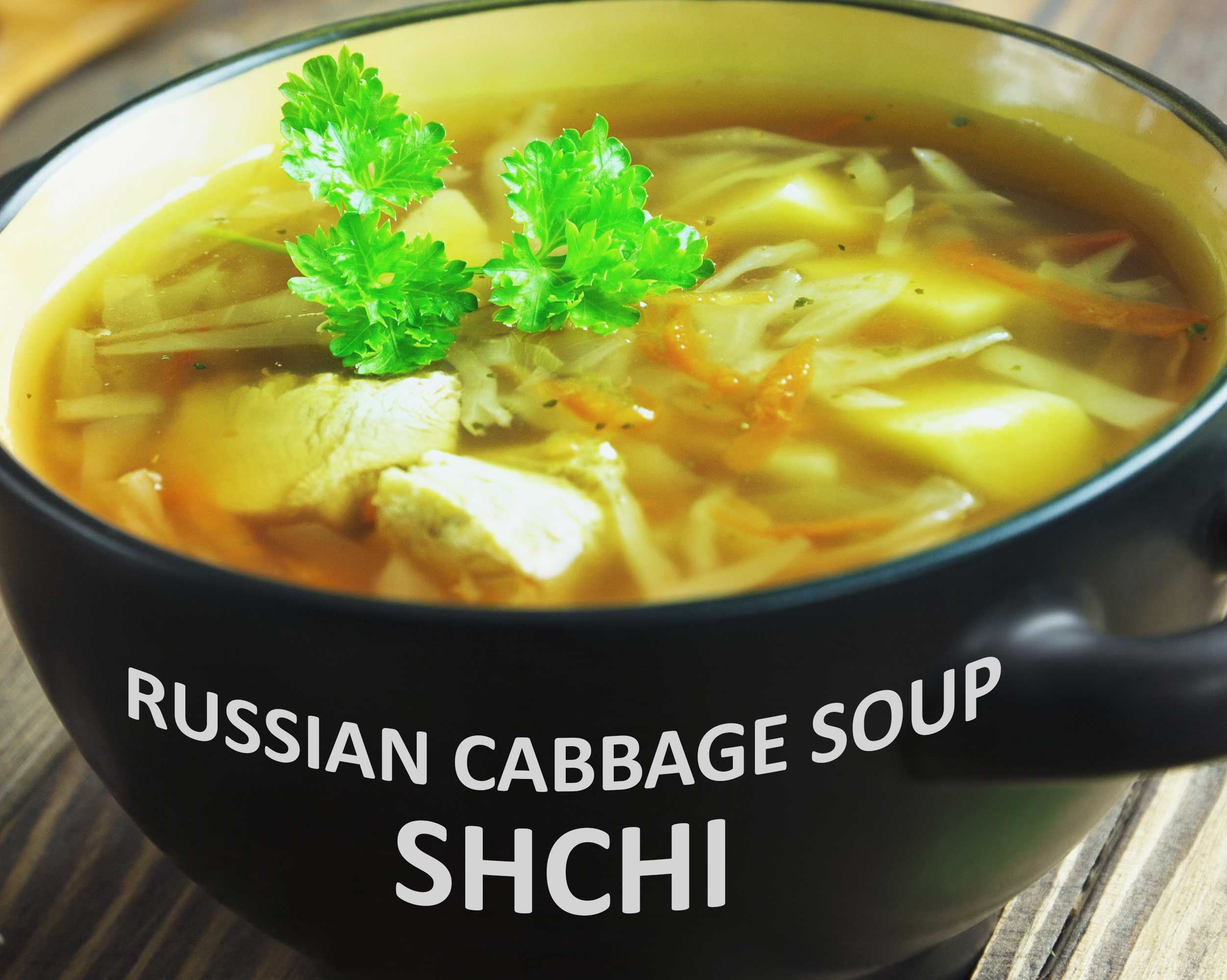 Prepare all the food you need for cooking. Wash the meat. Boil the beef with spices and roots for 1.5 hours until soft. Then remove the bone.

Stew the sauerkraut in vegetable oil until soft. Prepare the onions and carrots for cooking: chop and grate.

Make a flour dressing. To do this, pour in vegetable oil and add flour. Saute the flour over low heat until creamy.

Put onions and carrots in the prepared meat broth, boil for 10-15 minutes.

Next, pour in the cabbage brine, add the fried sauerkraut. Chop 3-4 garlic cloves finely with a knife.

Add the flour dressing to the soup, but so that the flour does not curl up into lumps, pour the broth into the pan and stir frequently with a spoon until the mixture is smooth, only then the dressing can be added to the soup.

Add finely chopped dill and garlic. Boil the soup for a couple of minutes and turn it off.

There is also a large selection of traditional drinks in Russia - fruit drink, jelly, kvass, brine, tea with samovar, Forest tea (this is what herbal tea is now called), nutritious honey, beer, sbiten - and, of course, vodka and various tinctures on it. 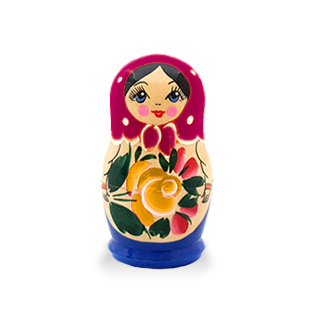 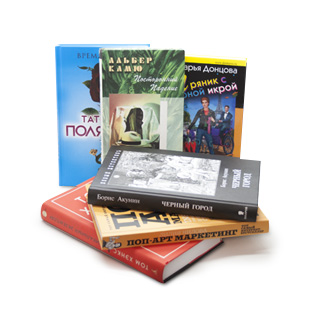 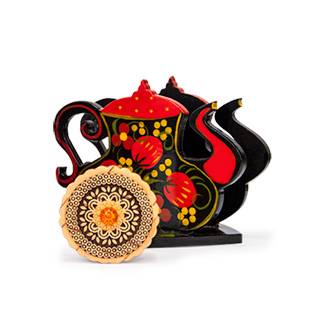 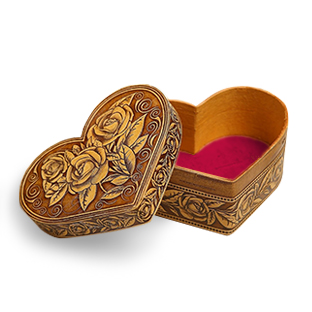