Tales about Baba Yaga are amazing works of the Russian people. They have a lot of different story lines, but the common thing in such tales is one: a colorful character. She acts as a teacher of young and immature children. When the children break the parental order, Baba Yaga abducts or traps children. But the tales of Baba Yaga are not as terrible as it seems at first: she never ate a single child. It is her heroes who understand the value of elders' advice, obedience, family traditions and devotion to family.

Baba Yaga is a Russian folk tale that has fascinated children and adults for centuries. It shows the story of a girl left without a mother. When her father remarried, her stepmother decided to lime the girl and sent her to the forest to one of her relatives. Who she turned out to be, whether the girl will be able to return home, and who will help her in this, read together with the children in a fairy tale. She will teach them to be attentive, cautious, courageous, to sympathize with the grief of others and to rely on their own strengths in difficulties. 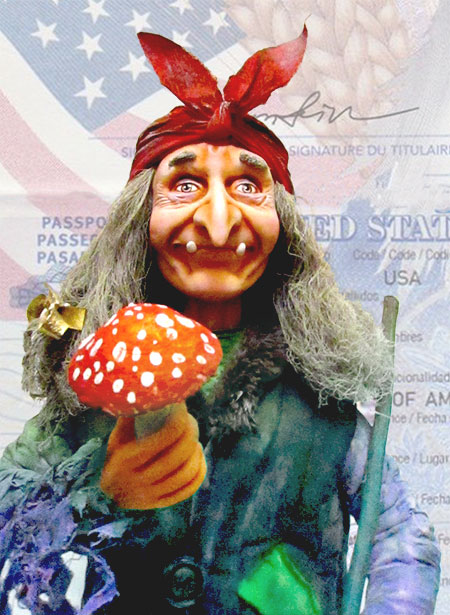 If we analyze folk tales, then Baba Yaga seems to be not just an evil old woman who knows how to conjure. She is something else, capable of transforming time and space, possessing divine power.

It is probably difficult to find a person who does not know from childhood who Baba Yaga is. You probably know her as an evil insidious old woman, witchcraft and deceit always interfering with good people.

“According to Russian Tradition, the image of Baba Yaga is associated with legends about the hero’s transition to the other world (The Fifteenth Kingdom). In these legends, the Baba Yaga, standing on the border of the worlds, serves as a guide that allows the hero to penetrate the world of the dead ”* (kill the Serpent Gorynych or destroy Koshchei the Immortal in order to return (free) his bride (country), due to the performance of certain rituals.

In pre-Christian times in Russia, the image of Baba Yaga was completely different.

She was considered a caring shore. The name "Yaga" is due to the coarsening of "Yashki", i.e. "foot and mouth disease", namely the progenitor of all living things, once living on earth. The word “ancestors”, close to him, has come down to our days - an ancestor. Baba Yaga, according to this theory, is the progenitor, a very ancient positive deity of the Slavic pantheon, the guardian (if necessary - the warlike) of the genus and traditions, children and near-home (often forest space). The chicken legs of the hut actually sounded like "chicken legs", which in different interpretations can be perceived as dusty (curly) or as supporting legs of the same "chicken", the designation of the hut entrenched in Ukraine and some southern regions of Russia.

There is also a version that under the Baba Yaga the goddess Makosh is hiding. During the adoption of the Christian religion by the Slavs, the old pagan deities were persecuted. In the people's memory there were only deities of a lower order, to which Baba Yaga belongs.

During the Christianization of Russia, it was necessary to eradicate the pagan beliefs of the people, and therefore pagan gods and deities, spirits, including those protecting people (coasts) were given evil, demonic features, ugly appearance and character, evil intentions.